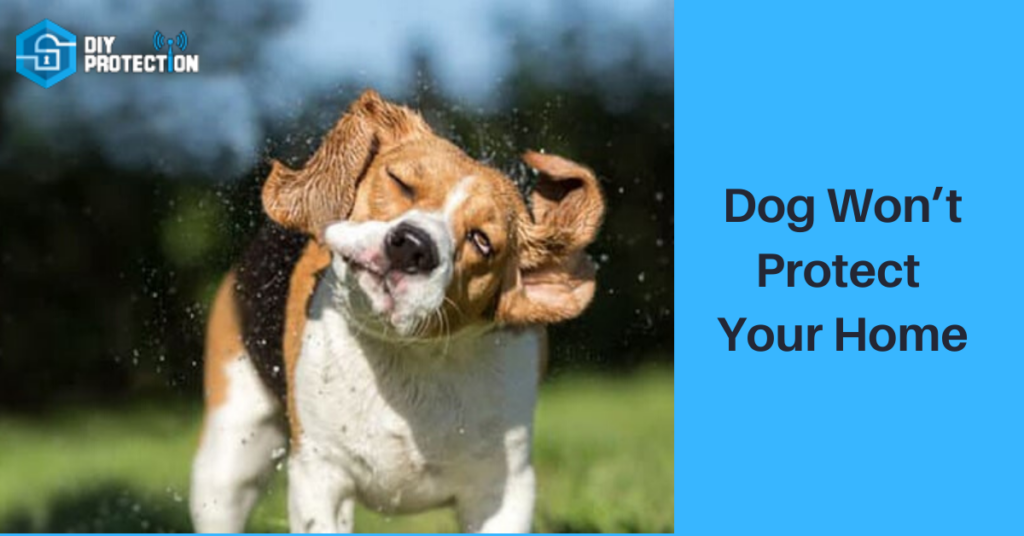 Why Having a Dog Won’t Protect Your Home From Intruders

From monstrous Rottweilers to gigantic German Shepherds, certain breeds of dogs seem tailor-made for protection. In fact, some types are almost exclusively used for this purpose because of their size, loyalty and trainability. Though a family pooch may seem like a built-in alarm system for any house, it simply isn’t. Despite the instinctive protection habits of some canines, a large bark just isn’t enough to dissuade a crafty burglar. A reporter recently interviewed seasoned thieves who suggested that while big dogs caused some concern, the pups weren’t necessarily a deal-breaker. The reason? Even man-sized hounds belonging to a family are more likely to be friendly than ferocious. A homeowner may have visions of their pet attacking a prowler, but that isn’t necessarily their automatic response.

A dog-lover put pups to the test, creating fake break-ins to test their reactions. In several cases, the startled pets simply dashed away from the unknown intruder, some tucking their tails with fear. One sniffed the unknown bandit but also slunk out of sight. The loveable mutts were increasingly brave when faced with the prospect of a stranger attacking their owner, barking and jumping in protest. However, since the vast majority of home robberies take place during the day when the home is empty, such a scenario is unlikely to occur in real life.

The theory was put to the test last spring when a Massachusetts burglar encountered a small dog while burglarizing a suburban house. The friendly canine followed the man from room to room with a wagging tail. The crook peacefully left the house and has yet to be caught. Though some speculate the pooch’s welcoming demeanor stemmed from a previous encounter, authorities have no leads.

The family pet was unaffected by that break-in but some aren’t so lucky. Another household with two medium-sized dogs were surprised by intruders who subdued the hounds with pepper spray and hits with a golf club. Though the dogs recovered from the attack, the owners were devastated at the trauma endured by their beloved pets.

A cruel Texas burglar went even further when snatching valuables from a house over Christmas. Aside from presents and jewelry, the crook also left with the residents’ dog. The bold robbery was caught on tape by a neighbour’s video surveillance. The thief snuck in through a bedroom window and left with the family’s one-year-old chocolate brown Pitbull, Smokey. Though they posted a cash reward for his return, the man has yet to be identified.

Of course, there are heroic instances of faithful pets chasing off would-be burglars. Another Texas dog, this time a pint-sized stray, chased an intruder away from a home with ferocious barking. The episode was captured on video, as the house was equipped with a doorbell camera, and the impressed homeowner adopted the brave chihuahua.

Although dogs have the potential to serve as protectors, that responsibility also endangers their safety and well-being. It’s best to rely on the experts for security systems and keep furry friends in tail-wagging comfort.

For more information, call DIY Protection for all your home security related needs 1-844-898-8349.