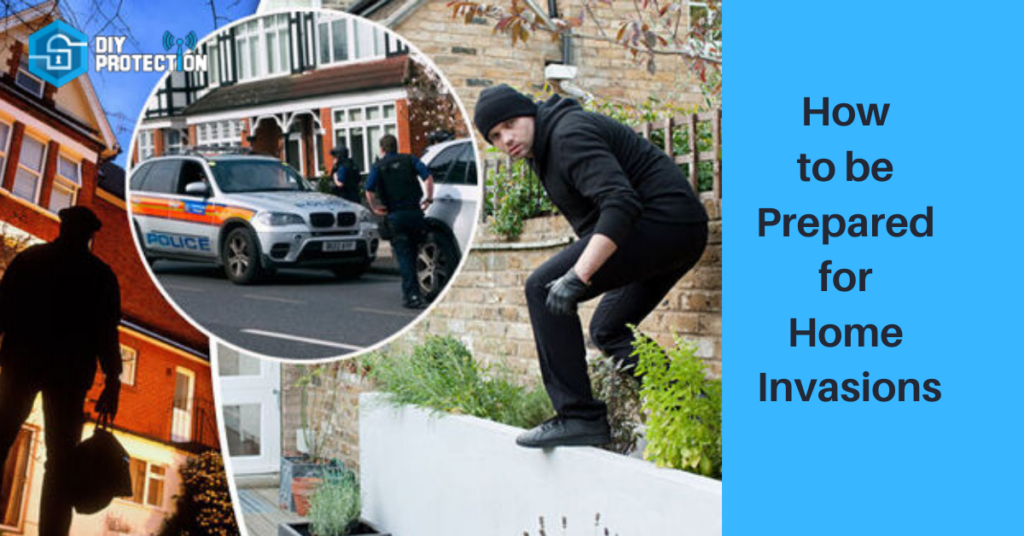 How to be Prepared for Home Invasions?

It’s every homeowner’s nightmare. Home invasions are frequently portrayed in movies as suspenseful, middle-of-the-night crimes targeting wealthy families with priceless possessions. The reality is far less dramatic but even more frightening. Unlike how it’s shown on film, break-ins affect families in all neighbourhoods and regions. Similarly, the majority of these crimes take place during the middle of a weekday rather than late evenings. The reason? Burglars assume that residents will be at home or school, giving them complete privacy to break in without a witness.

As the typical work schedule moves away from the traditional nine-to-five and criminals become bolder, the risk of a home invasion is higher than ever before. The crime itself takes many forms. In some cases, a crook is surprised to find a resident inside a property and simply flees the scene. Other times the perpetrator will take a more dangerous approach and confront the owner.

This was the case for a couple outside of Halifax, who was awoken on August 1 just after midnight by an intruder. The man was standing by their bed holding a firearm. The terrifying incident ended with hospitalization for one of the pair and an escape for the burglar. Though the RCMP employed search dogs and other tracking tactics, the violent offender has not been located.

The recent incident serves as a chilling reminder to homeowners everywhere that everyone is vulnerable to such crimes. After all, if a sleeping couple in a tiny Nova Scotia town can be attacked, is anywhere truly safe?

DIYers may wonder what actions they can take to secure their property and protect their families. Luckily, there are solutions for those who prefer to handle their own maintenance and installation. DIY alarms can be shipped to areas all around the country and activated in less than 30 minutes. The instructions are simple and a telephone technician will assist with any questions. This is an optimal method for anyone in an isolated region, cottage country or who prefers not to have a stranger perform work in their home.

Aside from alarms, which are the best bet against intrusions, simple fixes around the exterior and interior of a property can prevent it from becoming a target. All foliage including shrubs, bushes, and trees should be trimmed outside of the home. Overgrown plants provide coverage for a lurking stranger. Similarly, any ladders and tools should be locked away from the home as a burglar could use these to gain entry. Lighting is also key. Bulbs that are on a timer or controlled by a smartphone can be used to make an observer believe that someone is home. Lastly, cameras like the discreet doorbell videos are incredibly popular and for good reason – criminals hate them. Not only do they record their image, but unlike older models, they provide clear, HD recordings that are easy to upload to the internet.

It’s also important to note the wrong way to protect yourself from a potential home invasion. While weapons or dogs are perceived to be an effective deterrent, they are actually quite flawed. Dogs, even large breeds, are unpredictable and can easily become frightened or injured during a scuffle. Guns and other weapons are more likely to hurt the homeowner rather than the intruder.