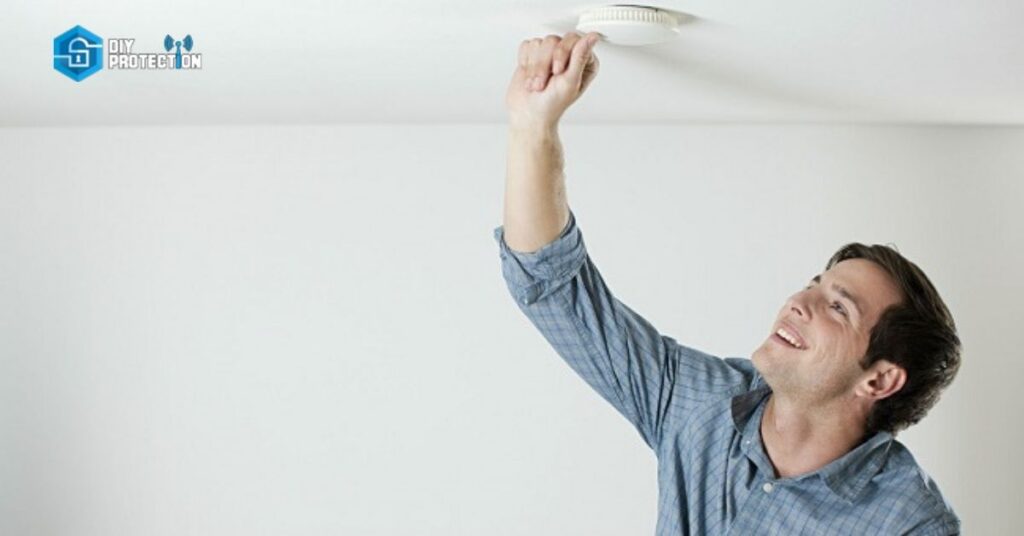 Smoke and Fire Alarm /detectors will save lives and must be tested on a frequent basis to ensure proper operation if the need ever arises during an emergency. By law requires residential homes to have smoke detectors installed and the fire department can show up and inspect at any time.

Today we will be touching on monitored smoke detectors that are attached to a home security system, in the event of an alarm the fire department will be dispatched. This is great in the circumstances where people or animals are trapped in their homes from the fire and unable to call the emergency services.

The IQ Smoke is connected to your IQ Panel and monitored 24-7, whether your system is armed or not. The IQ Smoke detects the presence of smoke using photoelectric

smoke-sensing technology and conforms to UL 217. The IQ Smoke detects the presence of smoke particles as well as the rapid rise in heat that can come from a fire, even if there is no smoke. Because your system is always connected, you can receive a text or email alert if there are any problems, wherever you are. 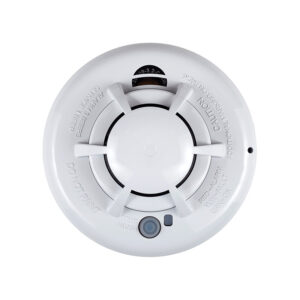 Detector Dirty Feature: When the detector has been contaminated, the yellow LED blinks once every 8 seconds and there is a chirp every 48 seconds. After 12 hours the panel will display a loss of supervision message.

Low Battery Detection: The Wireless Smoke Heat Alarm is powered by 3 AAA Duracell Procell or 3 AAA Energizer E92 batteries (included). The detector regularly checks for a low battery. If a low battery is detected, the transmitter sends a low battery message to the control panel, which displays the detector’s ID at low battery.

In addition, the yellow LED of the detector will blink every 12 seconds. The detector’s sounder will chirp every 48 seconds (yellow LED continues to blink) until the batteries are replaced. Pressing the hush button will silence the chirps for 12 hours, if no other trouble conditions exist. The batteries should be replaced WHEN the chirps begin. Be sure to replace the batteries with fresh ones.

Very important: Always call your alarm system provider and have your account placed on test prior to touching your smoke detector. Any movement can cause the detector to  go off and send a signal which may trigger the fire department to come to your home immediately. False alarms are very serious and should be reduced at all costs.

How To Change Batteries In Your IQ Smoke & Heat Detector:

According to the National Fire Protection Association (NFPA) the major threat from fire in a dwelling unit occurs at night when everyone is asleep. The principal threat to

persons in sleeping areas comes from fires in the remainder of the unit; therefore, a smoke detector(s) is best located between the bedroom areas and the rest of the unit.

In units with only one bedroom area on one floor, the smoke detector(s) should be located somewhere between kitchen and bedroom.

The living area smoke detector should be installed in the living room or near the stairway to the upper level, or in both locations.

Smoke detectors are optional where a door is not provided between living room and recreation room (Figure 5). The smoke from a fire generally rises to the ceiling, spreads out across the ceiling surface, and begins to bank down from the ceiling. The corner  where the ceiling and wall meet is an air space into which the smoke could have    difficulty penetrating. In most fires, this dead air space  measures  about  0.1m  (4in.) along the ceiling from the corner and about 0.1m (4in.) down the wall. Detectors should not be placed in this dead air space.

Here Are Areas Where Not to Install the Smoke Alarm:

Note: These alarm devices should only be installed by a competent engineer/technician.

This device should not be used with a guard. Once a suitable location is found, mount the detector as follows:

NOTE: Before testing, notify the central station that the detector system is undergoing maintenance in order to prevent unwanted alarms. Testing the detector will activate an alarm and send a signal to the panel. Also, the test function cannot be used if the detector has a trouble condition. Detectors must be tested after installation and
following periodic maintenance.

Smoke Test: Hold a smoldering punk stick or cotton wick at the side of the detector and gently blow smoke through the detector until the unit alarms. Canned smoke aerosol is also an acceptable method. Smoke detection testing is recommended for verifying system
protection capability.

Direct Heat Method: (Hairdryer of 1000-1500 watts) Direct the heat toward the thermistor. Be sure to hold the heat source about 12 inches from the detector to avoid damage to the plastic. The detector will reset only after it has time to cool.

For more information on Diy Home Security & Home Automation contact DiyProtection.ca – The professionals in Do it yourself Security…